Derrik Smith — Crazy Lovers. Where do I begin with this couple? These two are pretty much not all there. Maybe it’s the years of meth use? But these two are crazy. For instance, they threatened to cut out this mother’s baby. “I’ll give you a free csection” and they actually laughed about this. Leta just had her karma. She had lost her unborn baby . Very sad honestly. Everytime these two argue they accuse each other of harming there OWN child. Physically, emotionally and worst of all sexually. #saveourchildren. When they disagree with someone they make a bunch of fake social media accounts and stalk you and then make fake accounts of you!.. beware they will claim they fought you when they have never seen you before. They will fight your family members with weapons and call the cops saying you stabbed them after they say there stabbing each other just so they can ruin other peoples lives. Stay clear of these crazy people. Leta bruyere and Derrik Smith. 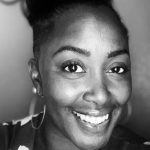