Has a rent to own brand new home in South Reno that he can’t afford. So what he likes to do is put ads on Craigslist to rent out two of the bedrooms. As soon as you move in he’ll tell you that the bills have gone up and he’ll squeeze you for more money. A family of six with four small children moved at a year ago. In that year the husband of that family has paid the entirety of the house bills, given extra money to Derek, helped him out with all kinds of things. He claims to be a Christian but he never does anything good for anybody, he has a woman who is not his wife come spend the night at his place every weekend. The family that moved in paid first month last month a $200 cleaning fee as well as a non-refundable pet deposit. Towards the end he started doing little passive-aggressive things and ended up yelling while the children were sleeping. The father of the family had already paid that month’s rent but decided right then that they were going to move. So that family has paid the last month’s rent twice and Derick C Johnson refuses to pay back the money instead he would rather steal money from a family with four small children. He is also a licensed therapist who likes to keep all of his clients personal and private documents out in the living room strewn about haphazardly for everybody to see. He’s unprofessional, a con artist, and a fake Christian. 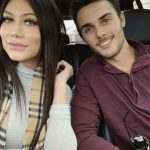 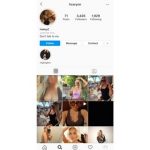