Penticton is a small town, perhaps you know this abusive, negligent mother? Maybe you know her daughters? She had three, though she certainly didn’t raise all 3, the foster care system had to step in for 2 of the girls that I know of, maybe the youngest as well. I knew the whole family and was close with them at one time. The oldest girl at 7 was sent off to live with the new “Daddy’s” parents in Alberta so her father couldn’t have visitation rights, the middle one was lied to about who her father was and the youngest one, her father was physically abusive and allowed his buddy to sexually abuse the girls once…. guess who walked in and saw that happening? Doris (as she was called back then) walked in, saw it, walked right out. Never said a word. Not the first sexual abuse issue either! WTH kind of mother sees abuse and doesn’t stop it? Doris/Marie told us all so many lies she couldn’t keep them straight. She had mental health issues she refused to acknowledge and get help with, including hoarding! She stole from her own children too, their friends and others. When caught would deny it, act offended and cast blame on others. She collected baby bonus and welfare even when the girls were living elsewhere (Mormon church family, family friends (who sexually abused one of the girls for years), relatives) and often had physical fights with the girls and kicked them out often. Not even giving a sh1t when her then 15 year old lived with a drug dealer, his 19 year old girlfriend and newborn baby in the apartment ABOVE her! She even refused to give the daughter back her clothing and other stuff she had in storage. This mother encouraged her teen girls to have babies at 17-18 and two of did become young moms!!! Each having 3-5 kids! What kind of mother encourages this and not graduating from HS and attending college???? No wonder the oldest ran off and cut ties with her. 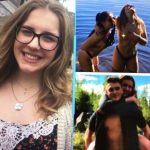 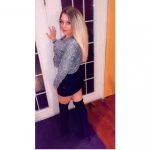