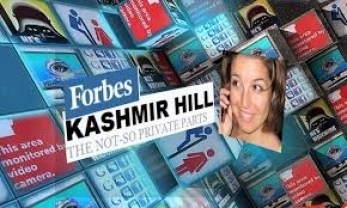 Kashmir Hill. New York Times. New York City, NY. USA. Plagiarising?
The ‘New Journalist’: the tale of a sexy SEO headline
I have to say, this one bothers me.
Over the weekend, Kashmir Hill of Forbes.com had a sensational instant webhit “How Target figured out a teen girl was pregnant before her father did.”
A sexy little piece of business analysis, it got more than 680,000 page views on a President’s Day weekend, and Ms. Hill made a name for herself.
But here’s the thing: Hill didn’t do any of the reporting for it.
Nick O’Neill was the first to call her on it. In a blog post titled ‘How Forbes stole a New York Times article and got all the traffic‘.
The original 6,700-word story, which ran in the Times’ Magazine under the headline How companies learn your secrets, with its months of research, was a great piece, O’Neill wrote, but “didn’t have the headline it deserved.”
Hill “cut out the crap and got to the real shocker of the story,” O’Neill blogged.
The New York Times reporter, Charles Duhigg, comes off as a class act when he spoke to Jim Romenesko about the whole thing:
“I became a reporter because I wanted to find important ideas and share them. Whether that happens through my authorship, or someone’s summary, is less important to me than making sure the news is spread.”
He says while he’s not bothered by Hill’s condensed version of the story, he wish she would have mentioned, as the NYT Magazine had, that the piece was actually an excerpt of Duhigg’s book The Power of Habit. The polite thing for Hill to have done would have been to at least link to the book (she did so in an updated version of the post).
As for Hill, she told Romenesko that “I took a great piece by an excellent reporter and created a version of it that was better for an online audience. This is a big part of what I do as a ‘new journalist’.”
Immersing myself in the intersection of technology and privacy, I do my own reporting for long-form pieces and blog posts, and I riff on what others write. My piece didn’t take off just because of its sexy, tweetable title — though that helped — but because I found what was most compelling in a nine-page piece and put it front and center (while including lots of links back to the original article). The New York Times article is a delicious nine-course dinner; mine is an equally tasty, bite-sized snack for readers on the go.
This is where Hill and I must agree to disagree.
No reporting was done, nothing was added to the piece. This was scalping, chiseling and molding. Hill may feel she served up a tasty, bite-sized snack, but in reality it’s a regurgitated, chewed-up morsel of the original meal.
It’s unappetizing, and it’s definitely not journalism.
I posted the Future of Journalism Project”s Churnalism post on my Facebook page, and was delighted when in less than 30 minutes, a journalism student at Carleton University commented on the issue.
He pointed out that Hill’s post on Forbes.com probably drew more eyeballs to the Times’ magazine than it would have originally seen. “That said, we should be aiming to do journalism, not aggregation, ” he added.
I am heartened by this sentiment. For aggregation is not journalism. As a curator and aggregator you may well function as an efficient newstand, but you’re not reporting what’s new.
Duhigg states this point more eloquently to Romenesko:
… At the end of the day, I think it’s worth gently posing the question: what do you want to do with your life? … If I was starting in journalism today, I would probably be summarizing every story I could find (and it probably wouldn’t even occur to me to mention someone else’s book.)
But every hour spent summarizing is an hour not spent reporting. And at the end of the day, this job is only really fun if you discover what no one else already knows. 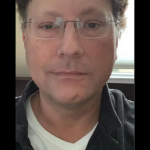 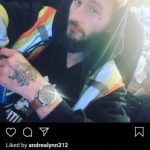