Will lie about everything. Will always have her phone on silent, will take her phone to the washroom, out side you name it. She uses people for her own convenience. She has had 3 houses with three different men. Once she gets what she wants she goes after another new guy. She took all my stuff when we broke up. Still has my puppy. Been hell trying to get my stuff back. She steals not only from you but from her work always taking stakes home to eat. She cheated on me and she will do the same to you. She’s done it to the last 3 guys she’s been with. (Because they both thought she was single but I told them about me when I found out) Also will lie about being pregnant to keep you around. Also when your not around she makes money off complete strangers being someone she isn’t on a website called phrendly just flirting away with any man she can get for extra cash. Her name on there is Lexi VanKirrk. She receives gifts from complete strangers she has met at work. Straight to your very own home.If I were you I’d stay away from this one 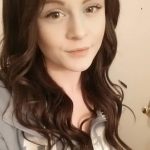 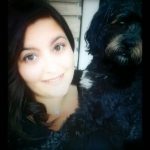