This East Kildonan man whore like using women. My friend got mixed up with him for over 6 months. She met him on plenty of fish where he was looking for a long term relationship. After chatting for months they hooked up and that’s when the games started. He wasn’t looking for a relationship at all. They became friends with benefits. During that time he told her he loved her, she was his girl, he was happy and glad she was in his life but still wasn’t ready for a relationship. She always told him that she would wait for him . Out of no where he ditches sleeping with her only for her to find out Facebook weeks later that he is now in a relationship. She found out after that while they were sleeping together , he was sleeping around with other girls. They figure he was having unprotected six with 3-4 girls at once. He still constantly goes on online dating sites looking for his next victims. 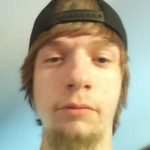