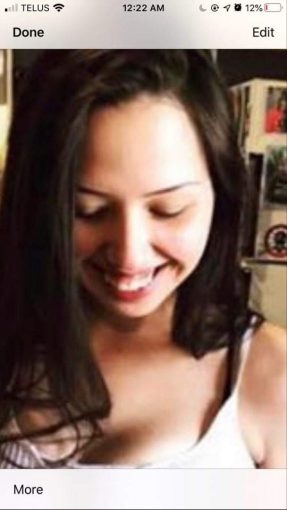 This right here is Montana Sotlar or Montana Muswagon, not too sure and don’t really care all we need to know is that this girl is a pill popping fentanyl junkie. Everytime you see her in person (which is rare cause she hides inside all the time) she’s high off something and can barely talk or walk. This girl talks sh1t about literally everyone and can’t back her sh1t up, I think she does it to make her sh1tty useless self to feel better about herself lol I heard that she likes to stuff sh1t inside her big ol’ vagina, she use to sell drugs with her boyfriend and when they got caught she slipped up and got him put in jail. Her ex told a couple people that her pu55y was so big that he could literally fit his whole a55 fist inside her that’s why nobody really gives a sh1t what she ever has to say. She thinks everyone’s obsessed with her but there’s literally nothing to even obsess over lol. She fuks a bunch of gangbangers and even caught an DRD from one, ( her boyfriend walked in on her with another guy in their bed ) and then showed up to court the next day WITH the guy she got caught with FOR the charges her ex took for her lol yikessss. She’s got the body of a 7 year old girl, her a55 and tits are flatter than anything flat you’ve ever seen, her teeth are so crooked and stained yellow from all the drugs she does and her gums are bigger than her teeth LMAO her toothpick legs are so used to being spread apart that theyve never even met eachother, when you see her in person ( if you ever do) she looks nothing like she does in her pictures, she looks like she’s been on a meth binge for 10 years it’s actually pretty sad. Also when you go to her house it smells like someone died in there, like super rotten smelling just like her putch. There’s cat sh1t everywhere you look stuck to the carpets and garbage everywhere you look, her room is the worst with cups full of puke all over and dirty stained underwear from her smelly a55 and big ripped up Tuna box. Don’t trust this girl shell pretend to be your friend but talk sh1t and try fuk your dad or grandpa for her fentanyl fix. 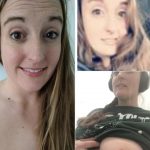