Jay Rohlman. From valley center. Happy early birthday! He is the fuk boy of the century. You fuked with the wrong girl. Lives in mommy and daddy’s basement. Maybe stay off drugs so you don’t get kicked out of places, silly. . He constantly is adding random girls on Facebook and messaging them. Plays multiple girls at a time. It wasn’t just me, there are 2 others that i know of he is talking to. One of his current girls has little kids. For gods sake you need to get away from those babies. Her baby daddy showed up to his house, he hid inside and like a true man, sent his mom outside. His recent DUI has him on diversion. And oh JayJay, I hope you know hOw long stuff stays in your system. :). He plays the good catholic family boy. In reality he is a whore. He promises everything to girls. And drops them. He is on and off with his ex about every other month. Tells other girls that “we’re just friends” when he gets caught. You’re wasting these girls’ time, about as much of a waste of time as you trying out for American idol lmfao!!! Nobody cares about your camaro, it’s as basic as your d1ck game! Do yourself a favor, drop all your innocent girls, and work on growing up. Stop adding rando girls on Facebook and sliding in the DM’s. That’s creepy af dude. Stop playing guitar in mommy and daddy’s basement. Oh and the best part, one of the GIRLS that he messaged and complimented about her looks, she is 16. Have fun with those consequences JayBoy. I’m sure your employer is going to love the screenshots I have! Wooooopsy daisy. This pressure on you isn’t going to stop until you learn to stop being a lying fuk boy. Maybe I’ll take it down when you stop making girls hurt. Your birthday present is coming, its just gonna be a little late!!!!!! <3 u jaybird! 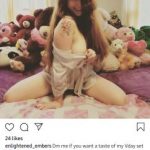 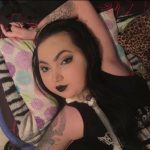