Where do you even start with this one? This guy is a real winner. He claims to own his own house. And invites you over to be with him. Live with him. He claims to be getting back into the military, which really he probably never will as he’s such an abusive a55hole. He work security for bars so he can pick chicks up there. Prolly sleeps with the strippers. Guy deals coke and does pepsi… prolly luring half these girls in with pepsi… he has three kids… he threw them outta that house. You’ll see all the pictures of them everywhere. He didn’t even tell me about any kids!! I found out from his other Facebook! He threw them outta that house , so he could have it back to himself!!!! He’s probably slept with all of Belleville, Trenton and surrounding area by now. Go get checked if you’ve slept with this dirty fuk!!! He has a new girl everyday. They leave once they realize he’s a fukin crazy person!!! He’s had cops called to his address for multiple girls. But never gets charged with domestic cuz the girls don’t wanna say anything. Someone beat this a55hole into his place. He’s a women beater, abusive piece of sh1t. 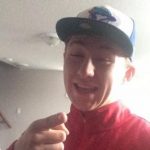 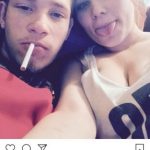