Juliette Feldman — (Or Juliette Burg) Strikes Again.Welp, I made this mistake again. Juliette Feldman, or is it Juliette Burg now (I wonder if he’s dumb enough to marry her), manipulated me once again. This girl is so fuked up. After she cheated on me and dumped me because “I wouldn’t love her” I still tried to get her back and she came back, lol. Suked and fxcjed me like old times but I was trying to love her. Of course the more attention I paid her the less attraction she had for me. What else is new with women. But this one is a real card. She got a restraining order against me a year or so before, by lying to the state and when it expired still came back to me. Lol ok! Too easy to manipulate the law these days. Believe women right?! Anyway, I forgave her because I loved her and forgot about the hell I went through with that. Of course she blamed me and excused all her toxic behavior by pointing the finger at me. Of course, you don’t have to take responsibility for your actions, you’re a woman! Of course, but I turned the other cheek and let it go. So we move on from that and start seeing each other again. But get this, she doesn’t tell me she moved in with another man until a month after we started hanging out again. She’s living with another man and coming over and sleeping with me! Then going home to him and pretending like everything is fine lol. Old habits die hard I guess. Same old Juli. So of course love is blind (and stupid), so I don’t dump her but I try to convince her to move out. And she’s on the fence about it. Like wtf, you’re cheating on this weak beta that you’re living with but at the same time telling me you want to be with me. But also confused and still considering it. Lol ok. So we make plans to move her out, we’re 90% of the way there. I find her an apartment that she can afford near her son’s school (I know, I’m an idiot for trusting a single mother), and we’re all ready to move out then she backs out at the last second. She admits she’s worried about money and the beta boy she’s living with is mortgaging a house so she feels more secure with him. Probably to help raise her little bastard kid who’s now having behavior problems at school (gee I wonder why). But she wants to stay with him for his money. She literally admits this to me, tells me she wants to be with him because he’s a “safer bet” financially. I mean what a piece of work right. Cheats on the guy for 5 months and promises me she’ll move out to be with me for love, then choose the guy with money because she feels more secure with him lol. Some love! So naturally I tell the guy she’s been cheating on him. And of course like the little beta cuk he is he doesn’t kick her to the curb. Hommie got cheated on for five months and just pretends like nothing happened. Muafuggin bizarro world we live in. Clown world. So of course she’s happy right, and wants to protect her good little situation. Like look at this manipulative b1txh’s smile. Look at that smirk. Can you believe I loved this chick? I told her parents too about the whole thing. They didn’t give a flying fuk. Didn’t even respond to my message. This is the type of girl Seattle raises lol. Parents are probly worse than her. I can see where she gets it. I thought I loved this girl but man did I get took. Man did I ever get manipulated. She claimed after, that she just wanted another baby because the beta boy she’s living with can’t have kids because he’s fixed. But also claimed she loved him. Lol, some love! So apparently wanted to use me for another kid, but got scared because of finances. Anyway I’m an idiot. Just goes to show. Be careful trying to love hoes. She was a loose slut when I met her, she pretended to be all sweet and innocent because apparently she want me. Yeah up until I actually fell in love with her, then she was gone. And I guess she lucked up and manipulated a beta provider to raise her bastard kid with. I doubt she’ll be faithful to him for long, old habits die hard. And he’ll forever know she cheated and was coming home to him with my sperm in her belly missing him on the lips. Who knows though, the weakling probly doesn’t even care. The world is getting more and more messed up and this is how Seattle people roll. 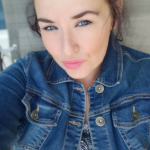