Cindy Texeira Henderson A Coked/Methed Out Government Money Bagz slut. Cindy Texeira Henderson is a hypocritical cvnt. She minipulates her husband to get him to do anything she wants. She plays the master and slave role with him. Her husband is so much a punk a55 b1tch that he lets her run his life while he puts his head down. She carries his balls in her puss. She pops out kids every year so she can get that big fat cash from the government when tax season comes around. She takes advantage of a system in place for those who actually need Government assistance such as EBT, WIC… when she doesn’t even need it. She’s fully capable of getting a job but she chooses not to. Instead she has her husband slave for hours while she spends all of his money and neglects her children and household. She’s at home on Facebook all day looking for her next fix, posting a false reality of what her life really is… Meanwhile letting her tiny apartment-a Bedroom for two with 5 kids running around the house in a unsafe, uncleanly environment. I wouldn’t be surprised if she’s keeping a dead body in the apartment some where’s with the stench of death in there “Jeffrey Dahmer style”. The whole place is a disaster. There’s no room to walk around anywheres. Dishes are left scattered throughout the apartment with mold building up for weeks! Cindy made him turn on his friends and family so she could have complete control over him. Trust me when I say this, this b1tch is a Psycho! I hope her kids get through her parental vision…one almost died due to neglection. Her husband is well aware of his cheating ways. But he chooses to look the other way while she lives cozy snatching Government money and his hard earned money. She even said at a friends gathering that she repulsed by her husband, that she doesn’t find him attractive. In fact that if it wasn’t for the babies she’d leave him for a woman. But knowing her she wouldn’t want to give up that cozy lifestyle she’s easily living. She likes to preach that she’s not racist but I don’t see anyone but white people in her life. Don’t trust that b1tch she trying to fool people. She married a racist herself. They’re the perfect match. 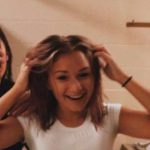 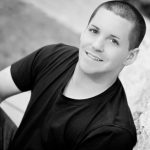