This chick don’t give two fuks about no one but herself…. she’ll fuk your man without a second thought… she alienates and messes up good men … she is a pathological liar that has no loyal bone in her body… she’s fat n fugly and her smelly cvnt fills Prince George with her stench from all the dirty gross and ugly guys she fuks … even when she has a man she still cheats n lies n cheats n lies…. she has no remorse or moral compass whatsoever all she cares about is money and it don’t matter who she hurts or what she does to get it….. she’s a user…. she uses everyone and manipulates guys into thinking she loves them and is good when she is one of the worst human beings I’ve ever know…. be warned ppl this gash will take u for whatever u have, she’ll put u in jail just to cheat some more….. she’ll sell your Belongings while she’s fukin other dudes in your own place like wtf… this is not a human being she is a sucubus that leaches on until ur nothing but an old funny memory to this gross b1tch….. she’s snitched out ppl in the past and would not put it past her again… the worst part is that she doesn’t even use drugs…. she’s just that heartless and narcissistic…… now how do u being that home to mom and how do u befriend a b1tch like that when u know damn well u can’t bring trust her…. you don’t … steer clear of this trash ….. don’t become a part of her games cuz all that broad wants is herself…….and any and every man who she can get things from….. once she has no more use for u then ur chopped liver so do ur self a favour and stay away 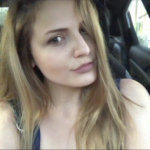 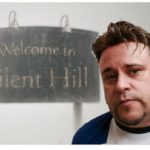