This is Nikki. She’s an evil, thoughtless homewrecker who isn’t happy with her fiance’s small penis so she sought out my man. She posted an ad on a hookup site and they “bonded” over him being a marine like her dead dad. I read all of the messages and she’s a keeper. She hates everything about her man. His friends. Thinks his best female friend who hooked them up is obsessed with him and is an overbearing controlling a55hole. The rest of his friends are borderline alcoholics who spend their weekends in bars. Hates his kids. His daughter is a lazy fata55 like her mother and his son is the next Charles Manson. But most of all she hates the fact that she can’t feel his rock hard 3 inches in her cavernous vagina. Instead of being a real woman and doing things the right way she took it upon herself to screw MY man. Granted he’s well endowed, but he was taken. This old bitch apparently has no morals and no couth. Her man lives with her but she hates it. Says it’s like having another fat, short, slobbish kid. She can’t even get rid of him now because he gave up his house to live with her. Apparently he has no opinions of his own and lets her call all the shots. Sounds like a GREAT catch! She’s ruined my relationship just in time for Christmas. Takes a real piece of work to fuk another woman’s man and not even feel bad about it. My boyfriend’s sh1t is on the front lawn. She can have him. Hope she’s happy! 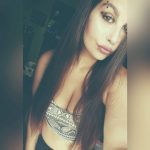 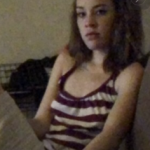