Marissa Mac MacDonald Disgusting Excuse Of A Human Being , Marissa is the biggest selfish piece of sh1t I have ever met in my life! She’s a full blown junkie as in sticking needles in her arms and selling her a55 for Crack.. and she thought it was smart to have sex without using any protection and of coarse she gets knocks up and then thinks it would be smart for her and her junkie boyfriend to HAVE the baby! Do you think she even tried to get clean? NOPE she still got high every single day not giving two fuks about the harm she was causing her son all this stunned cvnt cared about was drugs and posting pictures on Facebook of her being pragent and everybody was like wtf she stright up looked like a pragent Crackhead even her mom was worried how sick she looked and worryied about that baby. I couldn’t even imagine what the doctors and nurse thought about her when she would be there for an unltersound and she would be nodding off while her boyfriend nodded of in the chair nexts to her! Like stright junkie trash. As soon as this little boy was born he was in full blown withdraw because of all the opiates she was doing…. just imagine a new born baby coming into this world feeling nothing but pain and uncontrollable shaking! All you have to do is look at his hospital pictures and you can see how sick this little baby was…. what fuking parent could do that! Thank goodness cm he got taken away right away because the fuking pig doesn’t deserve to touch that child! And even now do you think she has changed at all!? Fuk no she still doesn’t have her son. She’s a welfare bum! It’s funny because a few years back she would talk so much shit about girls having kids while they still did drugs and down talk girls that had there kids taken away making fun of their parenting and how they just sit on welfare doing drugs and not taking care of there own kids and now years down the road she has turned into everyone and everything she made fun of! Funny how that works out eh! DISGUSTING 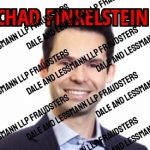 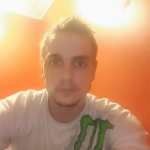