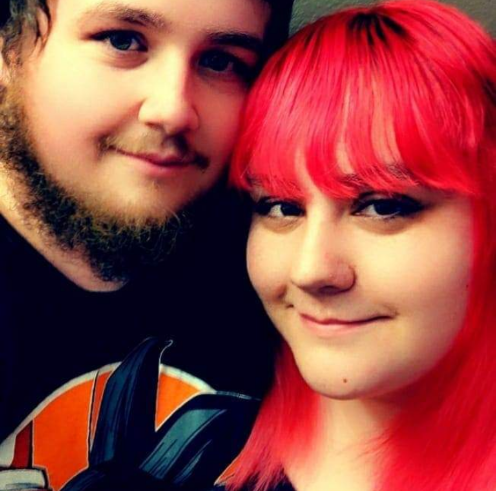 Where to begin with this sub-human scum…
Ashley is the bi-product of two ppl who are nothing but thieving, lying, drunken white trash; and Ashley is no slouch either, a chip right off the old block.
Let’s get down to the nitty gritty. Ashley is a nosey, dramatic, a*** kissing leach who only cares about getting baked every day and banging her second beta male cuck toyboy. How these two came together is almost a classical cheater story. Her and James both worked at the same gas station (76 on Broadway and Parkway). From the get go, it was VERY obvious something was going behind the scenes; always hiding in the back office together, massaging each other and just how they interacted with each other made it painfully obvious. The bad thing is, she was already married to another beta male prize at the time. I don’t know how he was so blind, probably was in denial. Who knows how long it was going on b4 he finally caught wind, quite a while most likely. James was supposed to be her husband’s best friend … what a great friend ey?
After it finally came to light, she decided to throw acid into the wound and manipulated him into not leaving by saying if he left, he wouldn’t be any kind of father to their 2 kids. Matt is a gutless, beta male punk but not even he deserved to be played and toyed with like that. Eventually, he finally grew a pair and bailed; apparently, he walked in on them doing the dirty deed on the couch, and that was finally enough for him. Then, of course, she’s got bs justification for doing all this; “He’s so lazy and treats me like s**t!”, etc. I don’t care how bad he was, there’s NO justification that makes banging your husband’s best friend behind his back, for who knows how long, the right thing to do. That’s really underhanded bs to pull on someone.
What’s worse is how these 2 bottom feeders live and treat the kids involved in this whole escapade. Their apartment is a nasty cesspool that always looks like a smackhead flop house; trash, dirty clothes, rotten food etc. The poor kids not only have to deal with their mom cheating and using ppl ; they also have to contend with the fact that their mother and her toyboy treat them like crap. They’re always telling em to shut up and go to their room, yelling and belittling them; what a lovely pair. On top of all this, her lame a** can’t even be bothered to keep all her weed gear picked up and out of reach of little hands. There’s ALWAYS bongs, dab rigs, torches and everything else scattered throughout the place; she obviously don’t give a rat’s rear end about her kids. Frankly, I’m surprised DCFS hasn’t taken those kids and put both these losers in a cell for a good long while; they’d be doing the world a favor if it were so. Yeah, weed is legal in OR, but that don’t mean ppl can be so irresponsible.
Their leaching crap knows no bounds; you got $20? they’ll come up with a sob story to bamboozle you out of it, guaranteed. They’re in good company tho, since her bff/manager is just as big a POS as they are; the bff is a homewrecker who also likes to play head games, she’s also their fav person to leach off of since she has a soft spot for them.
In closing, do yourselves a favor and don’t associate with these two; you’ll regret it sooner or later. 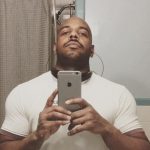 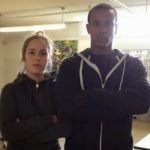