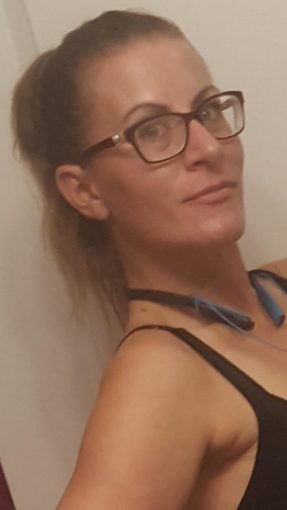 Laurie Healey — Racist Junkie Facebook Troll. Everyone take a good look at this racist drug addict Laurie Healey. You can find this troll on fb groups like Calgary Crime making racist comments and posts about Indigenous and Muslim people. She says that all Arab Lebanese and Muslim people are nothing but scammers thieves and should go back to their own countries. When she got called out on her racism for this post shit all the sudden started claiming she was dating a black guy and she had a Arab boss so she couldn’t possibly be a racist. Admins did eventually delete the post but we got lot’s of screens of her comments. Then not long after that this loser b1tch has the nerve to go on my friends personal Facebook page and make a racist comment about indigenous children and their parents all being alcoholics. But again she says her comments can’t possibly be racist because she dated a native guy like wtf b1tch lmfao. Let me make this clear for all of you… according to a post made about her last year here on the dirty this trailer park h0e is addicted to Suboxone, which is an opiate, and lost custody of her own son hahaha.. imagine the nerve of this fuking loser to go on other people’s person fb pages, people she doesn’t even know, and make ignorant racist comments about children and the loser doesn’t even have custody of her own kid! Seriously what kind pf mother choses a drug over her child?!?!? That right there is the definition of human trash. Her stupid a55 made the mistake of mentioning in a post she lives in dt Calgary so I’m sure someone will run in to her. B1tch next tike you have something to say concerning indigenous peoples say it to our fuking faces and not like a coward in a Facebook group! This chick is so pathetic literally every time someone makes a post in Calgary crime she hast to comment and let the entire world know how she used to be a drug addict boo hoo hoo talk about thirsty for attention! 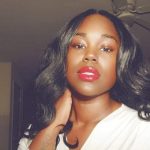