Brittany Anne Carmen — Britt The Tranny whore Head. Calgary, Id luv to introduce U 2 this pillhead named Brittany.. she is a complete slob and mess.. her voice sounds like a dude and her face matches her voice i wouldn’t be surprised if this “chick” is really a dude.. reveal ur true identity we kno ur secretly a man who transitioned into a woman.. completely toxic person and is such a nasty whore she thinks she is the hottest thing walking around calgary but what she dont kno is she legit looks like a dude with her over botoxed face and lips.. i wonder what she looks like without her foot long extensions and the 10 pounds of make up on her face and all that botox its scary. She is labeled psychotic.. probably from all the drugs she’s done she needs to be admitted to a crazy house and get some help caz she is a mental.. she’s harassed so many ppl including her boyfriends ex because she is so jealous and crazy.. and to top it off this b1tch thinks she is sooo rich because she sells her pu55y cat and even “recruited” some other nasty looking friends along with her and now thinks shes a pimp… what a shame but what else do you expect from a low life bucket with no education or class.. just filth.. be careful when your dealing with her men she forsure has an DRD make sure u protect ur willy! 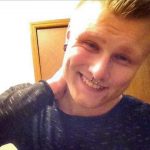 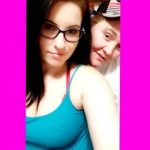