Frances Tobia — Frances Tobia And Robert Tobia SCAMMERS. May 9th I got an email from Frances Tobia a Proctor Gallagher Consultant asking me to attend a webinar series she was hosting. We both work with Peggy McColl so I attended it out of respect. On the webinar she spoke about how “cryptocoins” were digital gold and her proctor Gallagher partner Samuel (who now turns out to be her husband) were telling people to invest in bitcoin. I happen to be an ASIC bitcoin miner so I was happy to swap their fiat currency for my bitcoin. I sold them bitcoin in amounts of 5k 10k 20k and smaller totalling 15 or so transactions. They started off with small transactions to build trust and then came my mistake. I trusted them because they are a couple in their 60s and used small transactions to bait me. Today they requested 8 bitcoins worth $85,000. They said they would secure it with their attorney Harvey Silverstein and sent me a contract from their attorney by docusign. I had my doubts to send such a large amount without escrow but to save 4% on fees and because I’ve sent them smaller amounts 15+ times before and they wired me each time from an LLC account called the Peru Fair. I sent them the 8 bitcoins: https://www.blockchain.com/btc/tx/9cafadccbbcc7957a61a83877c3fe6ed13e59df58a589e226560792a89821973 I reported this to the local authorities and they passed it on to the FBI. The reason I’m posting this online is because I googled Frances Tobias name and I found this thread on another Internet forum: https://www.complaintsboard.com/frances-tobia-fran-tobia-into-results-c1228809 I’m using 99complaints so hopefully both threads show up in google searches to stop anyone else from being scammed and to get all the people who are victims together. It looks like they’ve scammed at least 20 people for close to a million. Here is the information I have on them: (802) 347-1535 [email protected] What tipped me off that this was a scam before googling them was the phone number says it’s not assigned if you call it and the emails bounce back as not delivered. I contacted a few people in the complaints board thread and they’re bringing a lawsuit all together against the Tobias and having them charged criminally. I’ll keep this thread updated if any progress is made. Feel free to post and comment here. If you were scammed or have any information that is useful email me at [email protected] 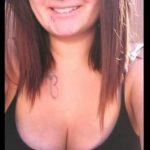 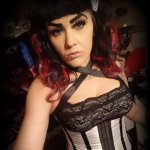