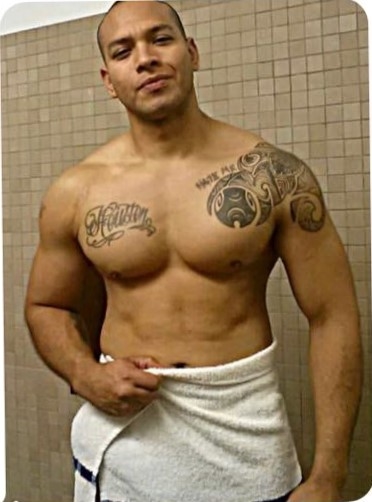 This here is Scott”Inflated Muscles” Medina. He is a soldier here in San Antoniostationed at JBSA-Fort Sam Houston. Be advised he is currently away on assignment to Germany. I met this fraud through the Bumble dating app, huge mistake. His sad attempts at text msgs are short and seem sweet but come with huge penalties. He comes off very gentlemen like but this is all a front for him to have unprotected sex with his victims and ruin their credit report. Speaking of sex, his bedroom game is weak asf all I inherited was limp d!kcovered in sti’s. This loser has issues staying hard due to his heavy steroid usage. At first, he denied it but I discovered his pills and needles at his place and he came clean that he does in fact have a steroid addiction. He explained it was due to a lonely childhood that included bullying and that muscles made him feel like a superhero and his son likes that his dad is built – whatever the fuk that means. Dumb a55 brought on early male baldness and now has acne flare ups at his age. He tries to gain access with his sad upbringing in Mexico and how his mother relocated to the US. As you guessed this mojado has a horrible accent and isn’t very bright (duh). He’s past 40 and still in the military therefore he is uneducated, fearful of change, or has serious money problems. He especially targets single women with kids and loves to also take advantage of cougars with low self-esteem. This mojo loves to troll on tinder, facebook dating, match.com,pof, and other dating sites. He loves to frequent Doc Browns, Bar America, Brews Brothers, Pappadeaux bar area, Bar Louie, Hills and Dale’s. Back to the credit scam, this con will butter up females again vulnerable b*tches are his main targets so their guard is more accessible. He runs a side hustle of mobile devices particularly Iphones were he portrays he’s a distributor. Ok, what guy in the military has a second job dead giveaway – hello pendejas!!! If the victim doesn’t give up sexual services then he proceeds to run game to add his phones to their phone plans and just like that these women collect indebtedness from a crook who will be long gone. I’m sure he’s done it many times before. Ladies do not think twiceabout this Scammer learn from my mistakes. 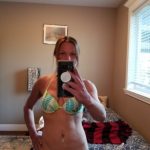 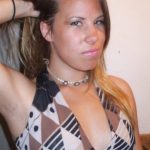