Nikki Taylor — Regina’s Finest Back At It Again!!. I’ve seen this nasty broad posted on here already, but heres the real gossip on her! So this dumb cvnt is on probation like everyone already knows. But here she is posting in her fb page “melon fans” that she has a knife now which is over the legal limit to carry, also being on probation not allowed to have I would assume. She just recently threatened to slit some girls throat for apparently talking s*** but that isnt true either, she actually got the s*** kicked out of her after throwing the first punch and claims she “gave it to her as much as she got it” girl videos dont f****** lie ha. Shes walking around like her s*** dont stink but indeed does, especially considering the fact that everyone f****** hates you and you think everyone loves you yet, theres a literal group on fb where they post the nastiest s*** you say to people and what your gross a** feet can do with a damn corn on the cob girl get off social media! Seriously surprised you havent been charged yet again with all the breaches you have that you havent been caught for. Also says shes getting “knuckle busters” next. She also talks about how some girl tried to kill her with prescription drugs, yet this girl will pop anyone’s meds just to get a high knowing damn well shes epileptic. You just turned 27 and still act like your in HS. Hope you get thrown in jail with the way you run your damn mouth these days. Your a disgusting pig and nobody wants you. Your own man didnt stop the fight when you got your a** beat clearly shows you deserved it too, cant go walking around threatening people, give an address of where your at and not expect something to happen. Wonder if your rents know about it, I doubt it. Considering your the family fuck up hahaha. Next time say CROS NEST louder for the people in the back you nasty a** lying pig 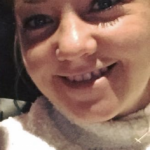 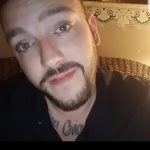