This man will never amount to anything! All he has ever worried about it himself! He will disappear for weeks at a time. When he returns he broke and sorry expecting a pitty party! When he’s gone he’s out bingeing on crack! In his free time he enjoys watching tranny porn, weight lifting with a side of DRDS! He also loves talking to his ex’s who have no teeth and are both sh1tty mothers! On heroine his 2 Nd drug of choice! Watch out for this one he will charm you with his narcissistic personality juice your heart put in through a meat grinder then play with it like meatloaf! He abandons his children! He has absolutely no friends because he is that sh1tty of a human being. He knows no loyalty any friends he ever had he slept with their girlfriends and wives! He’s even a grandma fuker! He has no morals, values or standards! He’s a flea bitten jail bug runny bloody asshole! To add to this he also enjoys hitting his woman dragging them down steps and around the house by their hair! He will break their stuff throw away their belongings even pictures! We threatens to smother them at night in their sleep! He’s an evil man he hangs out at planet fukness to creep on women doing squats! Just to leave and go to the closest hole in the wall and get his fix on some crack! He works at the all metals recycling… he is a functional addict! They think he is the strong hold of the company little do they know the truth!! He likes to steal little chunks of whatever is the most expensive at that time! He calls all the office lady’s fat ugly trolls yard knome looking heifers! He has no license drives a stolen vehicle! His criminal record to as long as your arm! I’m sure he’s a fag in the can. Again this egg headed fuck beats women abandons children and has no loyalty to anyone He is a straight coward the whole time he’s dating a woman he fantasizes about chicks with d1cks!!!! 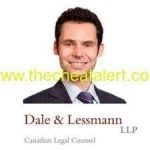