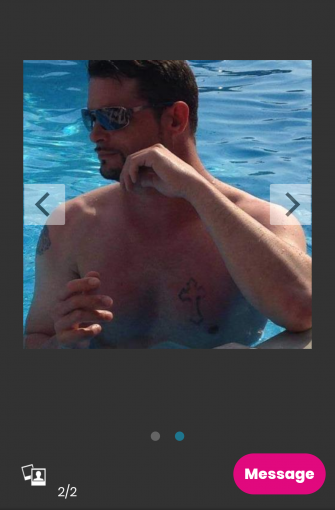 Dennis Lopez — Gatineau: Total Trash. We’re a group that tries to save women from losers & lowlifes & this one is on the top of the list Nik. He tried with one of ours so we checked it out & recognized him right away. Lives like.a slum in Gatineau. Red Alert ladies! Tries to fool you by using the friend card when it’s really all planned & could hide his crud later & say he didn’t do anything. He just invites you over for cards, a movie or of course drinks. Will even say you chased him. Lies without blinking an eye. He might stick around a bit if he can get something out of you. If not it’s a few one nighters & keeps you on record for future use at best. Has a gf for years now. Checked that & she’s a beauty & a sweetheart.Wasted on this.. He just gets pissed cuz she’s smart so he can’t get away with crap but now if she only knew it all. Wake up girl. He knows he’ll never get anyone close to that league in his worthless life so he tries to have it all instead & keeps out any proof of her to the public & on his socials so he can do all his trash too. Sleazy like everything else about him. Lies or avoids saying anything about her so he can get your attention & score. He’s been on every dating site that’s out there ever since he grew pubic hair, a bunch at a time, gf’s or not & still is. Pof & badoo are his faves but he uses them all, like meetme & even Tinder. Chases milfs but now he tries for the kids too. That’s a real dirtbag. He’s so desperate he even uses any FB dating site & groups. Any chance to get as many victims as possible & hope one that hasn’t seen him yet. He lays low for a bit t until he thinks it’s clear then right back he goes. The sex sites are really big for him. All of them. Wherever there are TS’s & CD’s you’ll find him there too. One who saw him said he even posted himself in Craigslist for it back when so you can catch him on Doublelist, or of those instead now. He bangs anything but not bad enough. He’s obsessed with backdoor sex & TS’s and floozys & he’ll try to get it any way he can. Real DRD man. He’s gotten caught so many times & with so much junk that now he even tries to hide himself online using other names, locations &info. Actually tries to get your pity & calls it privacy. Is this whore for real? He’s one of these sloozes that fakes nice while the whole time he’s hiding behind his computer searching, stalking, beating off to them behind it & sleeping with anything & I mean anything he can when he can. Professional screen whore & worse in real life. He’d better stay behind his screen cuz once he’s actually seen he’ll get busted. He has a history since he was barely legal & is all over the net too. He’s known from AB & BC to Ont & Qc to NB but women from other places have recognized him too. Doesn’t take much to get the truth about this dump. He can try to hide his gf but he can’t hide who he is. This is him if he’s with someone or not so with or without one he’s still the same scvm. Beware ladies. Anyone thinking about starting something with this case better check his crap & run. This waste of life really sick. Pure garbage. 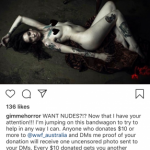