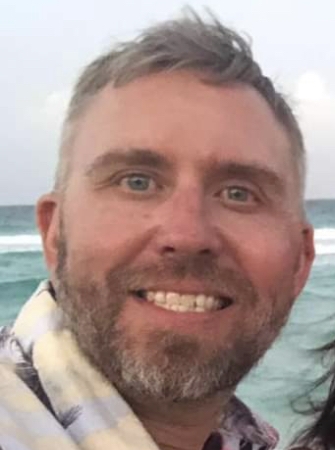 Garrett Jenks — Skeevy Perv. This creep with the scary intense insane stare is Garrett Jenks. He’s a loser who works at his father’s pawn shop, he acts like he’s a real winner though, even without a day of higher education. His past times are fighting with anyone who threatens his fragile ego, a fake country accent which imo flip flops between West Texas and a Tennessee drawl depending on the country CD he’s currently listening to, he looooves tonguing the bungs of others who he feels are successful or cool, and worst of all has a proclivity to harass younger attractive women. In his defense, he does have a wife who is quite possibly the ugliest woman I’ve ever seen. In HER defense she does work out, but her face is a series of unfortunate protein pairing. This still does not give this middle aged freak the right to be deviant towards women who do not want his attention. His reputation is catching up with him though, which is a good thing because perverts like this tend to escalate their behavior, it never just goes away. Watch out for this punk, he’s very sneaky and before you know it he’ll show you a part of his anatomy you didn’t ask to see. Keep the mace close ladies!!!!