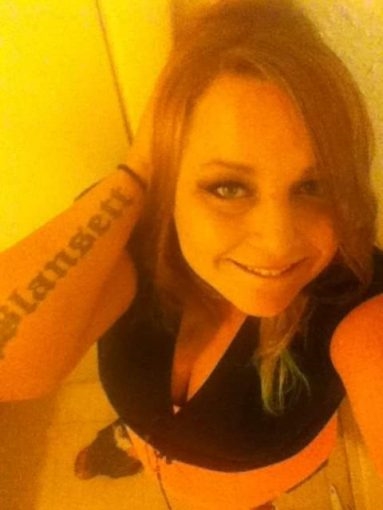 Kathleen (Katie) Blansett is a walking public health menace and a narcissist of the highest order who delights in not only homewrecking, but utterly destroying the life of anyone who not only has the misfortune of falling into her web, but anyone who shows her compassion. Additionally, she is an IV drug user and a floozy who never uses protection, so if you see her, run the other way. Her modus operandi is to present herself as a strong, independent woman/business owner who is trying to rebuild her life by growing a new company after her last one failed due to circumstances that have nothing to do with her. She uses a laid back attitude and stories of honest hard work, bad luck, and visions for a bright future to try and build rapport and get her victims to lower their defenses. Also, during this time she will come out against certain things, sometimes out of nowhere, and about subjects the victim could care less about (dating black guys, dating fat people, etc.). It’s all a front devised to throw her victim off of the scent of something she is currently doing or recently did. If the victim takes the bait, he (or she) has maybe a couple weeks before she starts becoming obsessed, insisting they use a tracking app and/or share their location 24/7. If they don’t, she’ll eventually try to install spy apps on the victim’s phone. She does this for two reasons: 1) So she can purposefully take things out of context in order to fabricate evidence of some imagined wrongdoing, thus justifying the things she is doing behind their back, and 2) to ensure the victim doesn’t inadvertently show up at the wrong time, like when she’s has one of her dealers over (she’s currently shooting up meth, but is no stranger to any drug) or is “making some cash,” which is code for floozy. Literally. She has had ads up on call girl sites and has long-term deals with several guys for when she’s desperate for cash. She claims a latex allergy, which is probably how she was able to pregnancy-trap two guys who were lucky enough to get out intact and with full custody. Thankfully she can’t get pregnant anymore, though that doesn’t stop her from telling her victim’s they got her pregnant. If at any point she succeeds in catching her intended prey (i.e. the home is wrecked), or if she suspects the victim is catching on to her schemes, she unleashes an Amber Heard level of crazy, usually accusing the victim of sleeping around while yelling and/or being physically abusive to the point of the police showing up. At the same time she is messaging every guy she knows, claiming she is the one actually being abused. She will then take off, either getting a ride from some “white knight” that fell for her con, or on foot. While the victim is busy cleaning up this clusterf*ck and, depending on whether or not she took off on foot in a blizzard (she has done this several times), is wondering if she’s alive and is concerned and out looking for her, she’s spending this time doing whatever she can to ruin the victim’s reputation. This includes calling up the victim’s family, friends, job prospects, the police, etc., and spreading whatever bullshit pops into her crazy head. People have lost their jobs, their vehicles, their homes, and their kids because of her. Some have even gone to jail. Because on top of everything else, she’s a snitch. Her go-to script is to claim that the actual victim is an obsessed stalker, drug addict, thief, rapist, and attempted murderer who has ruined her life and from whom she had to escape. To anyone reading this who knows her, there is a 93% chance she has placed you in at least one of those categories. And if you’ve had ANY sexual contact with her, get tested NOW. If that’s not enough, she has (at the time of this writing) active warrants in four jurisdictions (KS and MO). So if you happen to get pulled over, expect a night of trying to bail her out of jail. No bondsman will touch her because she routinely skips her court dates. In summation, stay clear of this train wreck. She is clinically diagnosed bi-polar, narcissistic, and schizophrenic and refuses to get back on her meds. Until she does, she will continue to destroy the lives of everyone who falls into her orbit. 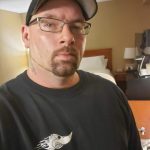 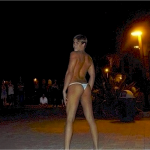