Sandra Anthony — scumbag, Animal Abusing, Scammer. This girl here is straight up scvm. The amount of drama, nasty sh1t, abuse and neglect going on with this girl is completely disgusting. This fuked up b1tch has multiple cats and dogs, ferrets and bunnies in a very small 2 bedroom aprt, even tho she and her bum a55 bf are in debt. she abuses her animals tossing and slamming her ferrets around. She is so lazy she can’t even take her dogs out just lets them sh1t in the aprt, COMPLETE DIRT. She and her bf love scamming people of their money. Like thousands of dollars they have scammed off people. Anyone who is friends with her or her bf is just as dirt as them, anyone how can be friends with people like this must be just as fuked up as them. You’ve been warned. DO NOT BEFREIND OR TRUST THIS DIRT GIRL OR HER BF. You will regret it. It would be one thing if I had only heard of this from one person but when mulitiple people who aren’t connected have the same story, you know there’s truth behind this. Watch out for this ugly hearted b1tch. 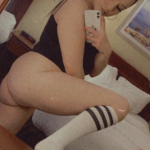