These 2 creepy fcks like stalking women online and gossiping extensively about them and then harassing them with the information. I made the mistake of meeting up with Ricardo at the bar after not seeing him for 6 years and walked into an extensively and carefully crafted trap. I was immediately groped and sexually assaulted by him. I was called a crazy, side chick, liar etc asked ‘how I get to work’ and ‘if I could even have kids’ within 5 minutes of sitting down. When I tried to leave I was grabbed and assaulted yelled at accused of being a transvestite (even though he’s fingered me before) and humiliated and intimidated into staying there. I was also repeatedly called a liar about anything I said and accused of sleeping with my cousin and some close family friends. He slandered my family and friends who he had never met before and whom I don’t know how he even knew existed. He shamed be about being raped. They said creepy things like quoting statuses I had posted 6 years earlier, mentioned my private folders pictures and emails and wifi password and creepily making it obvious I was being monitored. Every time I tried to leave he grabbed my wrists, jerked and pushed me around yelled and intimidated me into staying. When I tried to film and record him he would take my phone and threaten to turn the story around if the cops came. He wouldn’t even allow me to use the washroom or go out for a smoke. He is also military so I suspect he used his privileges to stalk me. His friend ‘Jimmy Dean’ laughed and mocked me with him the entire time and assisted him into basically holding me hostage at the bar. The craziest part is later that night he denied doing or saying anything and acted like he didn’t remember it that way as if he is split personality. these two seriously deranged people and I worry for my safety and privacy and that of any other women unfortunate enough to encounter them 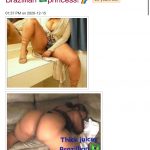