He is a womanizer, he also thinks he’s a god given gift to women. But really he isn’t, he’s a nightmare! He can’t keep his d1ck in his pants to save his life and will lie and cheat on anybody! He can’t keep a job, a vehicle or a woman because he is a loser, even his own kids want nothing to do with him. He thinks he can get any woman he wants but really he is a loser who couldn’t even satisfy a porn star if he tried. He has had 2 failed marriages and every woman he has ever been with left him for his bullshit. He lies to everyone about everything to make himself look and feel better. He also uses women and lies to get them to buy him things. He loves searching and looking for dirty sleazy floozies while in a relationship. He also has a POF account which he uses to troll girls by lying and saying he isn’t sleeping with anyone else. But in fact he is. He also doesn’t use protection when he was sleeping with other women and lying to them. He also has a major porn fetish issue! Anywhere he can access it, he will try and do it and hide it. But really he can’t! He’s a scumbag and a dead-beat father! 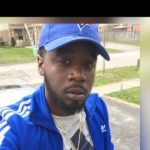 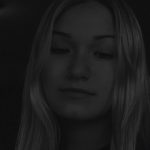