Is it the fact she would rather put baby powder under her arms then shower? Because I’ve never seen her shower even when I lived with her. Or is it her 300 (okay well like 70) “street kids” who she uses and abuses until they turn on her? She picks the side of the person she thinks is winning an argument. She threatens to beat these kids up half her age when they beef and generally starts the most brain-dead sounding drama. She will play the victim card all her life. Guess some of us cant lose our “V-card” I could make fun of her bags, big nose & cracked out body weight because all she does is sit around on her bed all day Facebook roleplaying off Multiple accounts she has snorting pills, eating drugs!when she’s not busy with involving herself in drama that most definitely a 30 year old woman shouldn’t be. She says she won’t snitch but she writes statements about absolutely everything and anything. She’s also a thief. Anyone who knows her knows never to leave ANYTHING around her. She will steal it. She will sometimes return it saying she’s joking. But everyone knows she wanted to take that item and just didn’t have a choice. She has banged all of the old and young generation and basically doesn’t take care of her kids thankfully her baby father is a great man and steps up. Her vagina smells like dried up bananas in a green bin she has been passed around, threesomes, screwed a married man because he gave her drugs and still talks to him. She is a coward and she plays victim and Spryfield has her back ( note they don’t) she pretends to have diseases and illness to allow her to be a victim and people feel so sorry for her. She is desperate she is hiding in Truro right now if you want her leaky pussy she has the drip. Watch out for this one she Sleeps with anybodies husbands and boyfriends. Pig, pill poppa 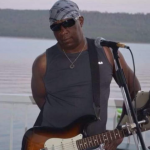 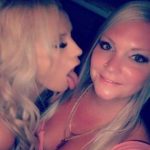