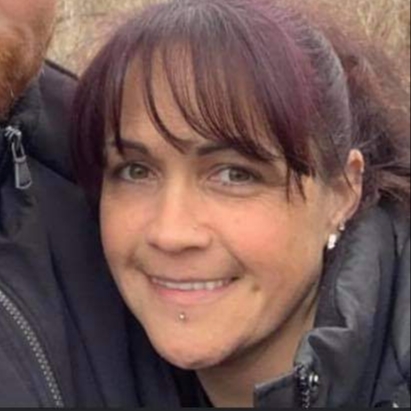 Let me introduce to you Jennifer Bauer, or on facebook known as Rose, Jennifer. This chick is the most disgusting b1tch I ever met. I once watched her pick her nose and eat it, and I swear to god true story she suks her thumb, a mother of 4, almost 40 years old a suks her fuking thumb still. Her immature and retarded ways to get attention is why this cvnt is now on the dirty……and now let me tell you her story. She uses the online dating for her floozy services, you can find her on Plenty of Fish and the Grape Vine, you can also find her daughter on there, you can get a mother daughter discount. She uses them to find sugar daddy’s. She gave her ex Drds at the same time, poor guy cant see his kids….IF their even his. She’s had so many d1cks in her that I highly doubt any of the little bastards are his. Nevertheless he’s trying to be a father and this hoe won’t allow him, she post how he’s a loser and deadbeat…..yet won’t allow him to be a dad. She has a new clueless idiot boyfriend, he has a history of beating woman and he beat her kids. Not too mention his stepdaughter claims he’s a pedophile….he’s on here too under the name Cam Finnie. He’s a real winner too, going around calling ppl names and making Facebook post where they cant see, and telling lies of supposedly having a relationship with girls that wouldn’t touch him with a 10ft pole. Fuk you Cam, you lying sack of sh1t. He’s now engaged to this booger eater. So they deserve each other. Loser always stick together. But more on this floozy, Jennifer Bauer a girl you can buy with a stick of gum and a Tim Horton’s coffee. Who once wore a dress and left a stain on my car seat after dropping her drippy vagina off. Had to sell the car, never could get that smell of tuna outta it. Hey Jenn, retire you greasy vagina ya slut! Your now the talk of YOUR town b1tch! Keep your sh1t up and I tell everyone the story about Samantha. Fuk you and your douche bag boyfriend…..he was a loser growing up….everyone I knew hated him. His ONLY friend Shaun and him use to sell kids cat nip and spices. So plz stop telling ppl I had a relationship with him…….I never ever ever ever ever ever touched him . Call me any name you want but plz don’t tell anyone I dating this goof . It’s embarrassing.