Ok so I’ve seen this slut Kate Lazarski aka HOT MESS on here before but she has added a floozy to her squad by the name of Emily Tanner. They troll Detroit at every plastic surgeons office daily getting free procedures to get fake a55es, fake abs, Botox, filler, nose jobs, lipo- YOU NAME IT. They claim to be ambassadors for companies, one being KO WATCHES which if you know anything is literally the definition of a fake wannabe brand for Instagram hoes just to put in their bios. They flirt with any and everyone just to get free food and plastic surgery. They think they are 10’s but In the real world they are at most a 6 outside of Detroit. They go out of town to fuck guys to get money for the next vacation. Half of their followers are just as fake as their bodies and face. I’ve seen them out in public and they are literally sitting there miserable just taking photos and posing as if they are having the time of their lives. They beg owners for free food and leave the waiters horrible tips. They are both racist which is comical being they think they run Detroit- a highly black populated city. Is this what Detroit has come to? Sub par so called influencers!? There are much pretty and classier girls in Detroit someone needs to take these hoes out. 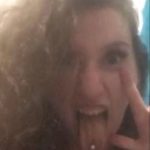 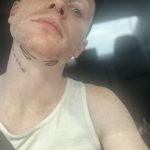