62 Year old CHRISTY PAXTON lives in Fort Collins, Colorado. She goes by @Krisy0731 on various platforms when she’s not using her real name, which she never does. She’s also known as Christy Ann Altergott Paxton. She has a good job as a midwife/doula making 6 figures and enjoying her precious grandchildren. She should be content with all of that, along with her investments in stocks, mutual funds and as well as inherited properties. She has also been known to travel frequently for leisure. This all sounds storybook simple, doesn’t it? But… The problem lies in the fact that when Christy/Krisy’s family and friends are not looking, she is actively living a double life on the deep, dark web. She’s an active member of a Reddit Board community of hateful cyber stalkers that target Joe Symon and his closest associates who was once a live-streaming actor on the Periscope App. She took part in spreading hate and malicious lies for months on end, obsessively posting on the Board as “StopTheMerryGoRound”, despite the fact that she does not know Joe personally. She has also had countless social media accounts, some active, some inactive, including @krisy0731 on Twitter and several others floating around. She spends much of her free time hanging around the chat rooms on Periscope and putting on a simple, sweet facade. However, the word has now gotten out that this happy-go-lucky all-American woman is actually a ruthless troll who has spent much of her downtime spreading malicious lies about actor Joe Symon. She did all this hoping that under an anonymous name, it would be a safe way to mouth off and ruin someone’s life and personal and professional future, without anyone ever finding out. Well, it’s been found out and she can’t run nor hide from the truth. What would this senior citizen’s kids and grandkids think of her spending so much time hating on other people on troll boards. What would her husband think? If you come across this woman anywhere, avoid her, don’t say anything to her as she just might conjure up some hateful imagery in her little head and target you too. Steer clear of this very unhappy, unfulfilled, bitter old woman. She’s not at all who she says she is. There’s much more to Chrissy Paxton than meets the eye and this is shown through her willingness to ruin other people’s lives and her own to fulfill a void, showing that wealth doesn’t buy happiness. Krisy, take your collapsed umbrella looking ass off social media and find something better to do than to chase men you don’t know and tell your muskatard friends to do the same. 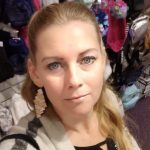 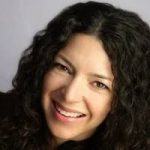