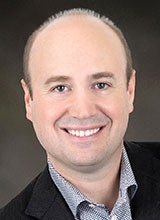 Paul Klann of [REDACTED] deceived me. Whenever you see one of those [REDACTED] trucks driving by dangerously in Vancouver, Burnaby, or Coquitlam, know that I am speaking of the owner of this very restoration company. They specialize in water damage and floods and work with property managers, stratas, and insurance companies. They are a large company so I would never have thought this would be the guy who would make financial promises he could not fulfill. The more I think of what he did, the more upset I am for allowing him to take advantage of my situation. It is unconscionable that someone in his position would make false financial promises then cowardly ghost me after using me for sexual and emotional thrills. He behaved generously at first so I never had reason to doubt him. I have made all efforts to resolve this issue personally but he thought and probably still thinks he cab get away with the lies he told me. He lied about his marital status, where he lives and several other things in order to lead me astray. He must have thought I would just go away nicely. Herein lies the problem, I was always too nice, and too willing to please. I was there to console him when his dad passed, I listened to him and gave him my thoughts about his work problems and employees. I allowed him to vent; I would even sit there quietly giving him the space to blow his own horn. Heck, I even allowed him to talk me into getting a Costco massage table to bring to the hotel room for his massage sex fantasies. That thing was heavy and I had to lie to my parents about why I had to keep it in their garage. Paul had the nerve to feign affection and concern for me towards the end when he could have done the honourable thing and settled our outstanding issue before saying goodbye to my face. I thought I could be bigger than this and forgive him but I cannot move on until I feel things are fair. I am doing my best. He did some nice things for me but I will always remember him as the doughy, pasty skinned hypochondriac weirdo who left me high and dry. The bald, middle-aged cliche of a man who brought plastic sheets, tape, and his own unscented soap to the room to recreate some boring porn fantasy who insisted on finishing in reverse cowgirl even though he knew my back hurt from dance class. Shame on you Paul Klann. 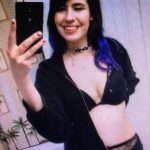