I dated Patrick Mealy‘s sister along with two of my buddies (she gets around) and I can tell you firsthand he’s the biggest moron and tool to ever walk the planet. According to his sister, Patrick Mealy has issues that stem from being raped by a dorm parent at an all boys boarding school in the backwoods of New Hampshire. The guy is so annoying and unbearably stupid. Patrick tried to start fights with me all the time when I could snap him in half easily because he’s built like a twig. As far as his career Patrick Mealy‘s is a huge joke. Patrick Mealy was Adam Neuman’s pot smoking buddy at the Wework office and would try to get every girl in the office to take shots with him during work hours while hitting on them. He was fired by a major brokerage before that I believe it was Cushman and Wakefield for being an idiot which was a job his rich parents got him. Don’t hire this loser or bother to waste time hanging out with him no matter how much he brags about how awesome he is. 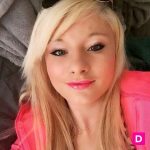