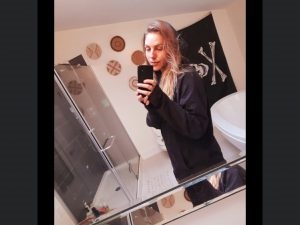 Anna Woodyatt. Greetings you men and woman looking up my ex-wife’s name or just coming across this please please take a seat to let me tell you my story. I met this woman back in August 2017 and we got engaged in 2018 and finally married January 31st of 2019 and I already taking her to court for a divorce. This woman is not the woman I fell in love with when she moved in with me. She started acting differently she was no longer clean she was no longer picking up her trash she was just letting s**t sit here she ruined my whole house punched the walls wiped s**t on my walls she would come home smelling like alcohol and s*x and at first, I didn’t catch on to her cheating. I mean I smelled the smell but I didn’t think about anything until I found a condom under our bed while I was cleaning and I cannot use a condom for I am allergic to latex and there was c*m inside of it, so someone please tell me how a used busted in condom got under our bed? she is dirty and she is a liar and she really needs to work on her hygiene again when we first met she was the cleanest woman alive now she doesn’t shave or anything and it is sad how she did me the way she did.
She is also racist and after doing the same thing from Aug2019 to June 2020
She threatened to shoot her ex a Jewish man like a rodent. Anna Marsh and her husband Andrew Woodyatt Called him a ki ke and a worthless number.
So she is married again.
Anna Victoria Marsh
Now
Anna Woodyatt is a trump supporting, criminal, alt right racist. She steals handouts from the government. Cons people into feeling sorry for her. Violently threatens them, steals from her family, try’s to get her brother arrested behind his back. Has abortions, hates trans, thinks gays need reconversion theropy.
Anna Marsh is the biggest piece of trash from Florida to Mission and will be sucking a*s for shiny pieces of tinfoil at a local marina near you.
Once again that’s
Anna Victoria Marsh
Now
Anna Woodyatt
If you see her, have her arrested and tell her to wash herself. 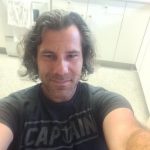 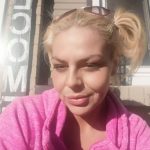