Steven Moncada 6129782121. Y’all, I was warned about this guy when we were talking and ignored the signs):. He was overly possessive, whenever things didn’t go his way sexually he would push for more and more and more, nothing was ever enough for him. He lied about his age and was never going to come clean about it even after making it seem like we were in a relationship. He told me he was 22 and he wasn’t even old enough to drink yet. I posted him on a warning page and they ended up putting me in contact with his ex girlfriend who texted me and we shared horror and trauma stories about this guy. She was with him for 4 years and it was the worst years of her life. If you’re reading this, ask about his ex’s, look into things. Why isn’t he posting you online? “ social media isn’t important” yet lives online talking to girls. He’s a horrible person, when he first met me he tried having raw s*x with me even though I made it clear it wasn’t what I wanted. I told him I wouldn’t be having s*x and he still kept pushing. After a while we were intimate and had raw s*x. He got me pregnant and literally ghosted after. If you see him- run he’s bad news. 6129782121 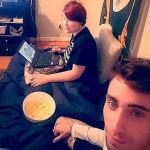 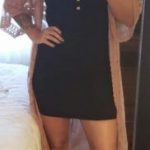