This is Amy Lynn Earle, when she’s not living in her tent down by the river smoking crack with her loser bf she’s on leolist selling her (stinky) a55. She’s a pathetic lying excuse of a woman and mother. She dropped her kids off at her dad’s one Saturday and never went back, that was 4 years ago! She’s given multiple guys an DRD because she’s a cheating lying sack of sh1t and yes the loser bf she’s with now too has been a victim of her infidelity. She’s a CONVICTED CHILD MOLESTER! She did a year in jail for it! She offers blowjob’s for crack, if u have meth or crack she will fuk you no matter what you look like! Stay away from vanier drive because that’s where her meth head mom and her mom’s bf (who Amy fuked) live, she’s in a tent with her crackhead man Matt Arsenault! I’ve seen this ho fuk 6 guys in one night and no shower in between! Her vagina has the most rotten disgusting smell coming from it! She’s a snitch like you wouldn’t believe! Avoid this woman at all cost! She’s a life ruining succubus. Don’t let your kids near her either. She falsely accused a guy rape just because she didn’t want to admit she fuked him. She’ll tell you she loves you and turn around and do the most evil things! AMY LYNN EARLE aka Zoey, Chloe, Mia, Courtney and whatever other floozy names she goes by! RUN FOR THE HILLS!!! Looks like when her own father disowned her he was onto something! 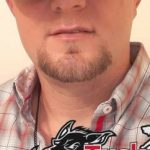