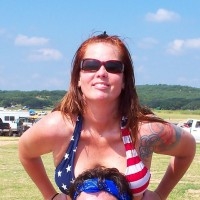 Rebecca Sharp — Austin, Texas. She was formally Rebecca Webb Villarreal. She chose to go back to her married name before me. Was married to her for 3 years, the Worst mistake I ever made. She always denied cheating even when getting caught. She lies about everything in her life. She is trash and will always be trash. Well, I caught her for the last time and she got so p****d she tries to put me in jail. It didn’t work. The worst thing about this woman is she tried to manipulate my kids into her side. Didn’t work!! This woman is psycho and complete trash. She’s been married twice before me. I wonder why!! Stay clear from this woman. She is bad news and will lie to get her way. She doesn’t know the truth and women like this have no remorse. They’ve been rejected so much in their lives they figure to be a s**t. Well, that’s what she is.. Well a day after moving out, she was living with the guy she had been cheating on. And she still denies it. She is a total psychopath and cannot tell the truth. A terrible mother and a terrible wife. This woman still denies cheating when she moved on with this guy. Stephen McCandless is the punk’s name. He’s married too. They deserve each other. All I can say is I don’t want to be around when Karma hits them and it’s double Karma. 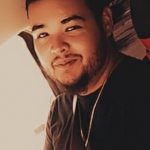