Julie Vybiral-Willie-Ashcraft West’s Biggest Barfly whore. Julie Vybiral-Willie-Ashcraft is a whore from Abbott who is known for destroying the marriage of one family, her current husband, who’s she’s already divorcing and thought she could get her money grubby [email protected] hands on my husband. She messed with the wrong married man! My husband and I were in a rough patch in our marriage and she found him drinking his sorrows away in a bar and sank her vicious claws into a broken man. She was married, but “separated” from the husband who’s life she already ruined by having an affair with him while he was married with 3-4 kids at home and she too was married with young children. I found out about their 6 month long affair after getting into his phone after months of suspicion and saw that by her name in Snapchat. I may have not been able to see anything that was sent between but that golden heart meant that was the number one person he snapped with and his a country boy from West who doesn’t utilize those types of apps, so I knew something was up. Now my husband didn’t have have to tell me sh1t bc I didn’t have any evidence to support what I had suspected for months, but he told me everything because he realized what he was about to lose. We have been married for 11 years and together 13 years. We have two beautiful children together and like all marriages, we were going through some hard times. When I confronted this cvnt, she had the audacity to lie to me and tell me they were just friends, she barely knew him, etc etc She said she couldn’t ever be attracted to a man who smoked bc she lost her mom to COPD after my husband already told me everything. This lying sack of sh1t used the death of her own mother in attempts to cover up her own fidelities. I found out that she was arrested back in May for falsifying police report telling the police she her husband (2nd, not the first) cut her up but really she psychotically cut herself and told the police it was him. Through testimony of my own husband she left her kids at home alone while she went to the deer stand to “hunt” (but really get sh1t faced and send disgusting pictures of her rank a55 pu55y to my husband for hours he said) he said it didn’t dawn on him she left her kids alone until she wrote him and said “well my son called and the younger one is throwing a fit, back to reality ugh”. She is in a custody battle bc her first husband, who I found out is married to an old high school friend of mine , (who’s sweeter than life itself) bc of reasons that would make your stomach turn and out of respect for the innocent children involved, I won’t say any more on that subject. So just know, she’s such a piece of sh1t that even the Texas courts granted her kids father 50% custody. This b1tch loves to swallow cvm and take it up the a55, I guess former central Texas strippers are into that sort of thing. She’s nasty and nothing more than a wanna be gold digger with a loose a55 pu55y. My husband admitted that when she let him fuk her in the a55 (in the truck her husband bought her on the side of a dirt road, I know she’s super classy) he said he couldn’t tell the difference between putting his d1ck in her a55 or pu55y, it’s all loose. My husband is not innocent by any means and it will take time to completely forgive but I meant what I said on the day we said “I do”, for better for worse and I’m hoping we are finally putting the “for worse” part behind us. And the difference between him and her is he admitted to what he done without me having any proof and this b1tch continues to lie and deny and has the audacity to tell me & her husband (2nd one) “oh he’s lying, he’s mad I pushed him away (even though she ever denies fuking him, because you know that makes sense) and tell people I don’t like her bc I saw her and my husband sitting next to each other at a bar together. B1TCH PLEASE Oddly enough EVERYONE I’ve opened up to about this tells me through either what they’ve heard or experienced personally with her is nothing but negative. Julie Vybiral-Willie-Ashcraft is West’s biggest bar fly whore who preys on men when they are weak and vulnerable. Best here’s to you Julie my husband chose his family over your nasty a55, bc he wanted to hold on to what held value in his life not just some bar whore who likes to swallow and take his fat d1ck (and I mean huge, 7 inches of fat girth) up the a55 but thanks for giving him that experience for me, I just couldn’t ever degrade myself to perform such acts. Ladies of West, if you see this whore on a night out with your husband, keep an eye on her, she’s always on the prowl for her next boy toy or married man to fuk her and pay her way. 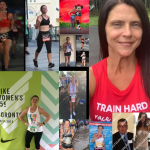