Julia Acosta — slutZILLA RUNNING LOOSE THRU GOODWILL IN SAN JOSE. Well NICK this FAKE tantalizing troglodyte has done her I’ll will again. This sloompbuster was friendly in the beginning and then kinda never left. She was like a bad rash and I couldn’t shake her. Warned by her friends and family not to fall in love and of course being the spoiled ass horrible listener she is she choose to make the next 3 years hell for me.. Multiple failed 3somes all because she was too jealous but said she was with it (Lied). Lots of her claims ended up that way.. i learned shortly after 6 months she had an addiction of boosting from goodwill. I mean if your freedom was on the line then why not do it for nice sh1t. Not someone’s hand me downs… that’s the smarts this one has. She is not to be trusted as she soon was hooking up with a friend of mine and few others. She is not to be taken seriously she has some pleasant things about her but I was the most she had ever been in love with.. she doesn’t even love herself. Hypochondriac and a drug addict she had a few bad habits that need to shared. Between always being fake sick and high..From what her best friend says she loves to give unaware men bj.s in their sleep(crotch ninja). And she also loves to be treated like a pesant whore. I didn’t experience this until she became that whore. Nick without you many people in the community might fall victim to this faulty fornicating fake love having petty theft criminal people would be blindsided by her fakeness and by her Pitty partys she throws after she deliberately starts fights.. while we were together she had her face bitten by a “old friend” Matt. That did it because she wouldn’t let him hit. Hmm… I often have heard of men bitting females over oral sex and being just friends! That’s love right there. Just don’t ever believe this never underfed spoiled brat. She lies when she doesn’t need to, the intentional bad sh1t she did she wouldn’t own up to it. NO HONOR, NO RESPECT. She is as bad a parent as she a girlfriend. Just a fuking mess. BE CAREFUL DEMON IN CUPERTINO IN WHITE PRIVILEGE CLOTHING THAT’S STOLEN FROM SECOND HAND STORE! Wrap it then key features of the accused. *Drug addict *Gambler obsessive *Booster (day job) *Crotch ninja (night job) *Liar *No respect *No honor *No heart *Fake love *Dirty dirty girl sounds familiar it’s a pattern san jose is blessed with, Dirtbags. Intentional and unintentional.. I wonder if this was the space she needed.. lol take care Nick. Thanks for listening. 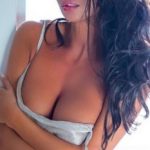