This sad, piss poor, disgrace of a “woman” is whining & crying on Fb yet again ladies & gentlemen! “The man I want doesn’t want me. He doesn’t love me. Oh why God WHY doesn’t he want me”. Sad, so, so, SOOOO, SAD! And pathetic at that!!!! Here’s a little advice for this poor soul. Maybe if you didn’t open your legs for every man in Pittsburgh he would want you. Maybe if you had just a tad bit of self respect he would want you. Maybe just maybe if you didn’t creep around with numerous of his friends & random facebook guys HE WOULD WANT YOU!!! She is such a whore it’s shocking she doesn’t have multiple kids! Cause the good Lord knows she doesn’t use protection. She will meet up with random guys on Fb & bone them until they kick her to the curb like the garbage that she is! This girl posts AT LEAST 20 posts a day about how she desperately needs someone. She’s so alone. She’s so in love with him & can’t figure out why he doesn’t love her back. Did I mention that she’s been “in love” 3 different times in the last year & a half. This poor girl is so lost it’s disgusting. And what’s even worse is that she isn’t alone. She has a young child that doesn’t get the proper love & attention THAT SHE DESERVES because this stupid girl is so wrapped up in men! No “man” is going to want you when you act the way you act. No “man” wants a girl (and I use the term girl because a woman does NOT act like this) who falls apart the minute she doesn’t have a man in her life. Who souly depends on a mans love to get out of bed in the morning. Who won’t just shut up about men & just focus on her daughter that is all this little girl has due to her father over dosing. The man she is always talking about 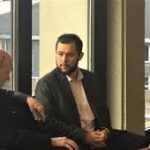