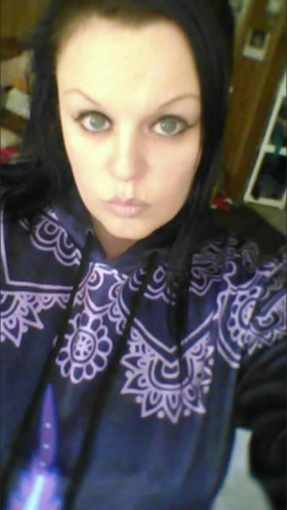 Lauren Connors The Mother With No Children. Lauren Connors used to be a sex slave. She was previously held in a cage by her pimp & some how got away. When she Met John LaRocca aka Ryan Zier at the rehab in MonValley it was love at first sight. Ryan was never really into fat chicks but he needed a place to live because he was homeless. He robbed or abused the family he did have. So he met Lauren and saw that she would be easy to take advantage of. To use for a place to live knowing she was dumb enough to not realize she was being used. This was when he threw in the towel and said fuk it, I’ll fuk a fat chick. So what did he do? Jizzed up in the b1tch and knocked her up like 4 times. Wait no, it was 3. Hold on let me count…1…2…3..4?..5? I think it was four. See Lauren already has like 6 kids that were taken from her by CYF. She put one inside a duffel bag and zipped it up and wouldn’t let him out. See CYF love people like Lauren. That just keep having kids that they get money from taking away. Lauren isn’t allowed to be a parent by law. She isn’t allowed to be around her children alone. So ya gotta ask yourself WHY DOES SHE KEEP BREEDING???????! well this was Ryan’s trick with his ex Mandi. Ryan has a lot of other kids that were given up for adoption. 1 Girl in TN, twins in Arkansas, another girl in Arkansas. 1 that still lives with the mother. Ryan n Mandi we’re doing black market baby selling. Finding adoptive parents but charging them money. Mandi got a new boob job and a new car. Lots of dope. This plan failed with Lauren cause CYF was already on to her and they removed the kids from her fresh outta the womb. Lauren has had so many kids that her body is getting a little tired. Bless the little ones heart that did not make it (the one before the one she’s pregnant with now) see the problem is, is that they are running out of family to give these kids to. Ryan has had so many kids that his family is over his sh1t and refuses to take any more of them. It’s branched out to extended family and now friends of the family. So the moral of the story is – if you need a kid ask Ryan and Lauren. Lauren loves being pregnant and she will grow you a baby and you can throw her some cash. She is a chick of many trades, she’s also a part time foozy. She has a few old men sugar daddy’s she goes and sees and does things for for some cash. Word on the street is she was tripping cause she found out John Larocca cheated on her with a [email protected] flooozy from McKeesport and gave him and then her a disease. John frequents the McKeesport strip club and he’s always gone both ways. Hee always had a boyfriend in jail that he’s done things for for candy. He enjoys things being inserted into his ass. Lauren has a lot of Facebook pages she uses to stalk the people she thinks want her man. So far I’ve counted 10 facebooks. I don’t think the one of her naked with the cover photo SLOT is her, but who knows, she does like the attention. Lauren loves a man that can take her for a romantic ride on a pat bus, and buy her some quality beef at Mc DS down the waterfront. She loves a night out on the town, with a few bags on dope, little bit of crack. One thing she won’t admit to is killing her pet squirrel. John lacock a brought her home a pet squirrel that she shared her icecream with. She would put the squirrel in the bowl and feed it with a spoon. She called it “mummas baby” except she got mad at it when her man was at work and she drowned it in the toilet. See a pattern? Just like she put her kid in a duffel bag. Lauren I know you like attention but killing a squirrel, really? Someone needs to stop her! It should be a crime to breed kids as cash cows! BOYCOTT LAUREN LAROCCA! Shes a drug addict McKeesport floozy who thinks it’s cool and sexy to be pregnant every year. SHES A DISGRACE!!!!! Someone stop this b1tch OMG!!! CALL THE POLICE! the b!tch is so dumb she called rape on her own man for fuking her in her a55 LOL can someone please tell her that her eyebrows are out of fuking style???