Lisa Czuray The Dirtiest That Smiths Falls Has To Offer. 1 look at this picture and you might be convinced that it’s just a bunch of people having fun but honey you are so wrong. Sum of the dirtiest, scummiest people of all are in this picture. Let’s start off with wanna be tough girl Lisa. Have in shitty tat2she traded sex for and will let any loser with a tat2 gun touch her. Tries to be so so cool instead of a parent. That’s probably why all her sons have been jailed for inappropriately touching girls young, old or in a relationship with them but there she is getting her draaank on every night. TJ Scott’s in there too. Keep your stuff locked up with him around before he steals it and sells it for pills. When Lizzie Ringer isn’t too busy eating everything she’s out getting drunk looking for some random dick to give herpes too. She sounds like a man. Ol Kyle there is laughing it up having a good time even tho he has some kid touching threats on him, real cool bud. Not gonna lie, the two big girls in the back are kinda chill. Erin Wallace has been on here before with great set of tits I’d pay $ to see. Her friend 2. Smiths Falls biggest pedoJoe Doe was there too with his scummy ex who gave her kids up to CAS for not leaving her convicted pedophile boyfriend. Smith Falls is so cool. It’s pretty much everyone in this pics fault that sf has the rep it does. 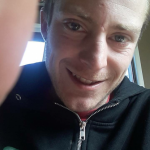 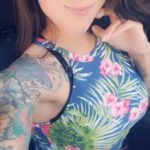