Thomas Christopher Fry (Chris Fry) is a toxic alcoholic who is certifiably insane. He is a drunk freeloading cheating money stealing abusive pathetic loser who sleeps with anyone who will provide a roof and booze. Nobody falls in love faster than Chris Fry who needs a place to stay! Chris Fry has aggravated assault and harassment charges. Thomas Christopher Fry has a DUI charge in May 2019. He is a raging abusive alcoholic. He is currently unemployed and can’t hold a job longer than a month. When he is employed… he shows up to work drunk and drinks on the job. He does not own a home, he lost it when he lost all his money to drinking. He currently owes child support arrears greater than $13,000. Thomas Christopher Fry is currently in debt and has no income. He has several court cases with criminal charges, debt collectors , and DUI. .This loser has been on the welfare system and collected SNAP benefits while working and commutes fraud. He is using government free health care. January 2020 Thomas Christopher Fry was arrested and jailed for F2 felony charges pending for strangulation. Troopers say that at 6:30 PM on Jan. 21, 2020, they were called out to a domestic incident at a home at 141 Delores Circle. The incident started as a verbal argument and turned physical when police say 41-year-old Thomas Fry of Carnegie was scratched several times by 37-year-old Debra Hooker of Indiana. Fry then allegedly strangled Hooker before she ran to the bathroom and took a hammer with her to defend herself. When the situation calmed down, Hooker came out of the bathroom and Fry took the hammer from her. Both people left the home, but as Hooker tried to leave, Fry threw the hammer at her car and was able to get inside. Troopers arrived and apprehended both of them.. Both Hooker and Fry face charges of misdemeanor simple assault and summary harassment, but Fry faces additional charges of felony strangulation and misdemeanor criminal mischief-damaging property. Fry is currently in Indiana County Jail after failing to post $25,000 bail. The dumb bitch Hooker let him back in after she put him in jail!!! He has physically abused others woman by strangulation, spring chew, and sitting on their backs twisting their neck. He is verbally, emotionally, and mentally abuses and controls women. He is the biggest CHEATER! He STEALS MONEY right out of tour pocket and will never pay you back! He own kids want nothing to do with him.. stating “never contact them again” 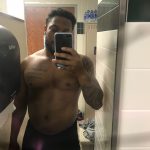 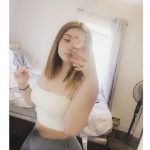