Timothy lived with me from August until the first week of this January. When I met him, he had recently quit school and was working a dead end job at GNC. He then started making money doing porn on Onlyfans and wanting to make even more money, I got him a job dancing at the gay club here. He didn’t have friends and with me being new to the area, I didn’t have anyone either so we spent every waking minute together. He told me he was bisexual and things progressed into a relationship. I started taking all of his pictures and videos and managing his social media pages and also protecting him and making sure he didn’t make rash decisions and before long, I had made him over $30,000, booked him on multiple paid shoots, and got him guest dancing gigs touring all over the country. If it weren’t for me protecting him, he would be bottoming on camera for $200 with his very first company. Living with a “pornstar” sounds appealing but this one definitely came with baggage. His father was a drug addict, an alcoholic and a complete deadbeat and he also spoke often about the incestuous fantasies he had about sleeping with his own mother. He was disgusting as a person as well. He ate like a pig and would leave food and dishes all over the table and the floor. I would consistently have to ask him to bathe and with him having sinus issues, I would catch him multiple times doing snot rockets inside my apartment. He even blew his nose on my comforter set once and I found it dried up when I was making the bed. I’m still scraping dried boogers off my walls. I also had to wash his clothes cuz it was either that or he would wear the same sweaty smelly gyms clothes for weeks on end. I also took care of all of the bills including his. Even with paying for everything, I still spent money on him to show him I loved him and even took care of his finances as well. I made sure he saved every penny he made off Onlyfans and the money he made off dancing, he could spend as he pleased. He then started doing cam shows on Chaturbate on top of dancing and Onlyfans. All the while, he developed regulars that would send him money continuously. And even with all of these gay guys paying him and feeding his ego, he would still say the most despicable things about gay men and laughed about how they worshiped him and would rather give him their last dime. Pretty soon he was spiraling and my trying to help him only made him resent me. He was fired from the strip club for assaulting a trans woman so he then spent all of his free time focusing on Onlyfans and Chaturbate. He would continuously do anything and everything to please his “fanbase” to include him eating his own semen. Soon his focus turned into an obsession with him wanting even more and more money. I had had enough once I found out that he was also prostituting himself with men at the strip club all the while being intimate with me. Our last argument ended with him leaving and telling me that he realized he was straight all along and that he was just taking advantage of me the entire time. Now he moved into a place with his dad and has resorted to screwing around with old random gay men he meets up on apps so he can film content for his Onlyfans to feed his ever growing obsession with making more money. It’s sad cuz he’s so young but he will end up fuking over the wrong person or getting a dRDisease. It’s disgusting how a person will do anything for money and these men that worship him don’t really know him at all. 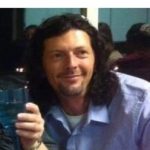 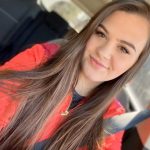