Watch out for these two losers. He married her because she’s so ugly if he fuks someone else she won’t leave him. She has threesomes with him and another woman to keep him happy and, because she secretly knows why he is with her. All they do ALL DAY is get high. Methamphetamines, mushrooms, ecstacy, dmt, alcohol, whatever. The poor girl weighs about 90 lbs and is only 35 but, she looks like she’s 50, his age. He says he is a contractor but doesn’t even have his license. His mom keeps him afloat when he can’t pay bills. The two of them pretend to be fun, caring, hospitable people but all they want is to use women for sex. They try to push all of their drug habits on their victims with no care or concern for that girls health or happiness. God forbid you decline or say enough is enough. Stephani will fck with you when you don’t obey her every demand immediately. They flew me in to Texas for three days only to kick me out on the street two days before I was set to fly home. No uber money, no ride, no hotel, no newer flight, just stuck, stranded and cold. I’m fairly sure she has a split personality 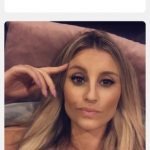 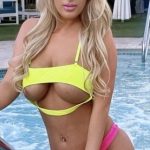