Everyone watch your back with this dead beat. He was and is physically and mentally abusive to his ex gf. They were together for 10 years and have a son together. A son he wants nothing to do with because crossdressing and trying to pick up guys on gay sites is more important. He hasnt paid one cent for that poor child. He still physically and mentally abuses his ex even though they arent together. Shes called the police serveral million times and he ended up on probation and serving weekends for 2 months. Hes slashed her tires,keyed her suv,kicked down her mother front door and hits her and name calls her everytime he sees her,even infront of their son. Hes an amazing actor and plays the victim card very well. Hes also a master manipulator. He cheated on her with both females and males their whole relationship. He would pick up guys off grindr,squirt and any other gay site he could find. He broke into her house and stole a bunch of her clothes and jewelry. He can be found daily dancing on camera on squirt or crossdressers city under the name toosie roll or aylssa. He sleep with anything that has a dick more so then a pussy. Hes always high and when hes not everyone better watch out cause hell go on a rampage. He tells everyone his ex is crazy and hes pretty good at convincing people of this sadly. WATCH OUT RED DEER!! 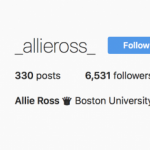 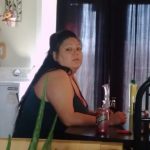