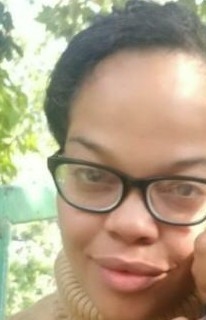 This ugly, ratchet, pathetic excuse for a woman is a pathological liar and feeds off of involving herself in other people’s lives and spreading lies about them. She literally does NOTHING with her life. She sits at home all day on social media hoping to find.someone to prey on because she needs that to.make herself feel better. She cheated on her husband when he was incarcerated and even had the nerve to move another man into the house they shared. She’s a filthy pig!! A disgusting low down mother, as she involves her young children in ALL OF HER PERSONAL DRAMA, swearing, and fighting with people while her children are in the same room. She completely disrespects and demeans her children’s father right to her children. Wwhat type of low life does. That? If she’s having a bad day or things aren’t going her way, she’ll keep her children from their father and tells them he doesn’t care about them. This mutt is the scvm of the earth. Need I not mention that she’s ugly as sin? Her eyes are so far apart she looks like a water bug and don’t get me started on the 8head she’s got going on. Her hairline starts in the middle of her head. Stay away from this entity, shell lie to u, use and manipulate you just to get her fix. 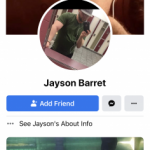 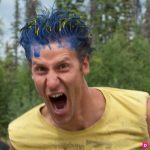