Kayne Kody Aka Kane Wagner..Wann Be Gangster. This goof has alot of friends or shall I say victims he like to manipulate and tell his stories of bullshit and send pictures of his c0ck to every girl.. and even guy in this city bc he thinks hes all that. If he doesn’t get his way he reacts like a two year old punching out any girl or guy or animal that gets in his way. He must be so insecure about himself that he his behind this, also he Jack’s anyone and everyone …bc he thinks he can …going to blast them up .. to support his meth addiction . He likes to lure in girls so him and he bro can gang bang which ever sucker falls for him , dont trust his lies,he will say he will help you , but never follows through and in the end if it doesn’t benefit him he won’t dont anything except sell his down and jack people . You think he learned something from going in and out of jail …but no.. but oh yea he didnt learn something … how to be a sick son of a b1tch that have a special Male partner…and he and his special friend pick a b1tch of the day to gang bang. He even like it in the a55 too and to why he tells everyone his a55hole is stretched. Whatever Kody or Kayne or whatever you like to be called. Pls get over yourself. There are way better looking and way smarter more knowledgable fish in the sea. But Karma is a b1tch Kayne so when your watching over you shoulder or getting fuked in the a55 just remember all those people you have jacked for no reason ..just Cruz.. all that bad karma will come back for you and when it does sketch bag there will be no one there to help you 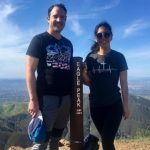 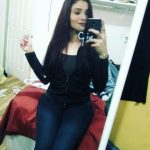