Kaylee Letandre — NASTY. Michelle Hudson 10:11 (6 minutes ago) to me This girl is the nastiest b*tch in Winnipeg she does Pepsi like there’s no tomorrow and sleeps with her dealers just to get it for free. Kaylee told me she is fas and that her mom smoked Jib when she was pregnant with her no wonder she is doing Jib now too. This b*tch is a psychopath she thinks she’s the greatest person in the world and treats everyone like shit plus she gets mad when people are paying attention to anyone but she will do anything to get attention even flash dudes to get all the attention. This nasty h*e tries to send picks of her crusty c00ch to her friends bfs she even posted it on Snapchat b4 she told me about it. If Kaylee isn’t tweaking out in the west end she’s out being racist and assaulting POC I have witnessed it a few times. She claims to be the only good native and says the rest are junkies meanwhile she is the junkie b*tch who sleeps with dealers for her fix. Kaylee has anger issues she’s been known to threaten to kill people and their entire families plus she assaults random people when she’s high out of her mind on m*th. Kaylee sleeps with anyone and everyone I was sleeping in the same room as her once when she brought in a bum from the streets to sleep with this nasty whore is so desperate for d she’d f*ck anyone for it, when Kaylee gets pregnant she always goes for an abortion she doesn’t even use condoms or birth control, I think she said she’s had 5 abortions now. She’s not only a pass around but she be passing her DRDs around. This b*tch don’t care she loves to make people miserable. She has tried to post 3 people on here and we all agreed it was her tryna ruin our reputations. Kaylee threatens to ruin people’s life’s when they call her out on her sh*t she will spread lies about everyone. Not only that but this greasy b*tch steals from everyone once when me and her and our friends were having a sleepover the next day we all noticed money was gone from our wallets but we just figured she stole it to buy jib bc she was fiending the night prior and screaming at us to buy her jib we almost had to call the cops on her bc she pulled a knife on us. Kaylee prides doing drugs she told me her goal is to try every drug by the end of 2020. And she posts herself on escort sites for extra cash to buy her drugs. Kaylee is nothing but a nasty fishy DRD Sloore. She is so ugly and so racist and a huge tweaker I regret ever being her friend. If you’re reading this Kaylee I hope you get everything you deserve you nasty racist Pepsi sloore. Karma is a b*tch and I’m one too 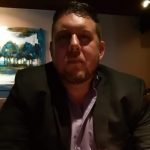 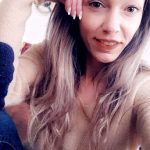