Keilah Jade — Welfare Leaching Only Fans Mom. Meet Keilah Jade one of vic cities finest. Not only does she leach off of taxpayers dollars by living off of welfare but she also abuses her kid. I find it really funny that she posts herself all over social media trying to make that extra 3$ by sending you nudes of her DRD infested privates but won’t try and find a job being an active member of society. She got knocked up when she was a junkie on the streets and now uses her child as a ticket to a monthly cheque..but the apple doesn’t fall to far from the tree. Her poor son use to sit in his diaper because she felt he had to soil it more than once for it to get changed. I use to hang out with her in high-school and I guess some people never change. She smacks her kid around, yells at him in public and then uses him as a pawn for theft whenever she’s in a store. She brought her young child to hangout at the [REDACTED] with all her homeless junkie friends before the kid could even crawl. She swears at him, puts him down, and I’m surprised she even has her kid. I ran into her one time and she was screaming at her kid calling him a whiny little b1tch in public! Hmm…makes me wonder what happens behind closed doors. Seems as if she was posted before…so here’s an update! Remember who you steal from in high-school…they might reach out to people you know that don’t like you…and actually blast you! Vic city’s finest for 3 dollars a subscription. 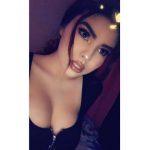 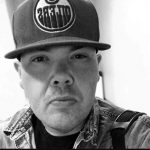